Posted at 07:00h in Shout Outs by The Angel 0 Comments

2017 – A year where reality so closely resembled a nightmarish fiction that I had to take a pause before compiling this end-of-year round up. The whole year’s search for some kind of relief from the daily barrage of negativity, reminded me, yet again, how important art is, how it can take you to other worlds and elevate the spirit. It was a year that put the spotlight on the importance of community, the importance of demanding truth and transparency and the value of people who argue for, rather than against, humanity and equality.

With gratitude for the inspiration, for the reinforced notion that I was not alone, and for the healthy distractions, 2017’s eclectic highlights follow. I took the opportunity to post this on the anniversary of the most empowering event of 2017…

Women’s March LA – A desperately needed and appreciated, One Off. It was exhilarating to be there. Such a necessary catalyst for us to flip the script… Onward in 2018! 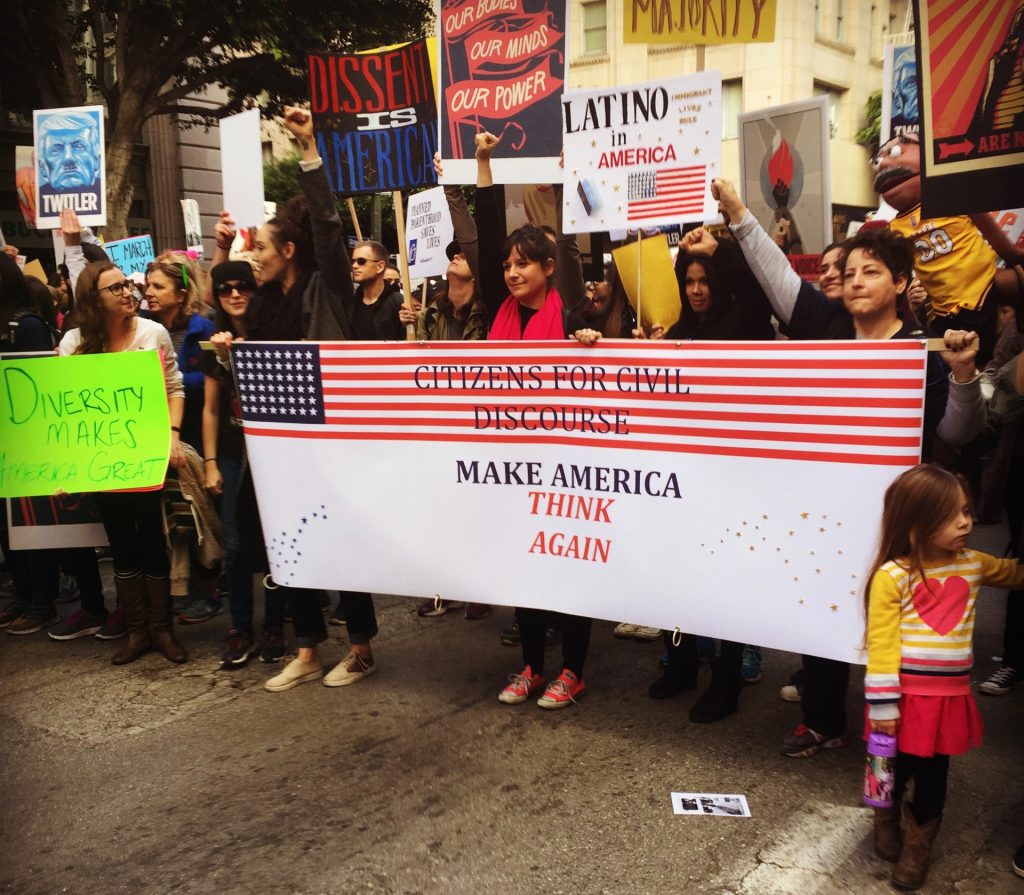 The Defiant Ones – Shout Out to producer/director Allen Hughes and HBO. Digging into the history of Dr. Dre and Jimmy Iovine and how their partnership formed, made this compelling documentary series an eclectic nostalgia trip. 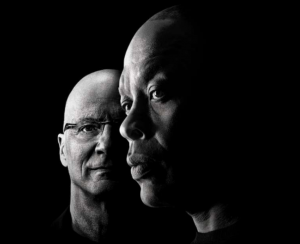 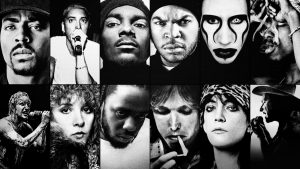 Mudbound – Shout Out to MACRO, Netflix and director, Dee Rees for crafting such a beautiful and powerful film. Hiring an excellent team of talented women, like cinematographer Rachel Morrison, editor Mako Kamitsuna and composer Tamar-Kali was not lost on me. 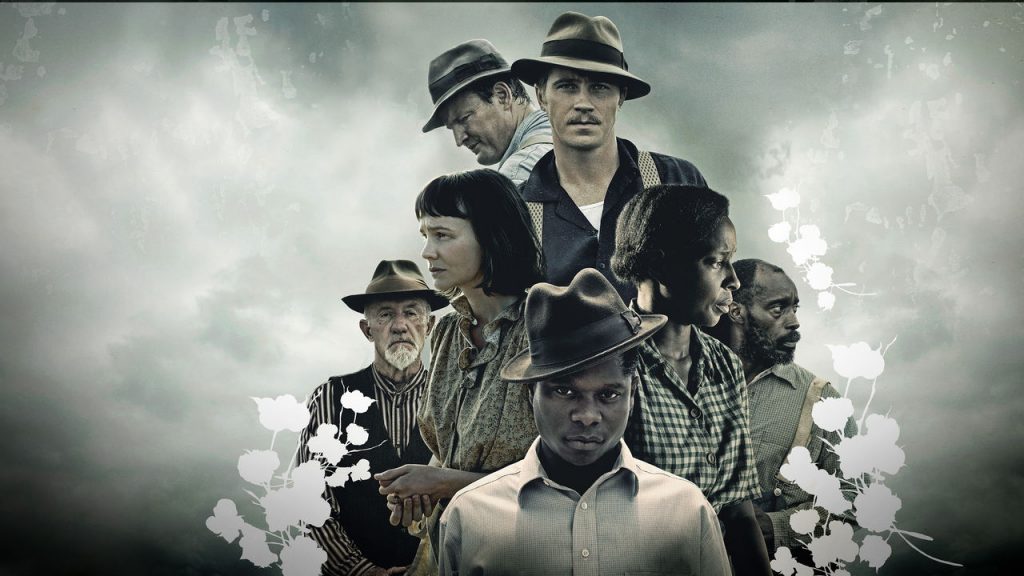 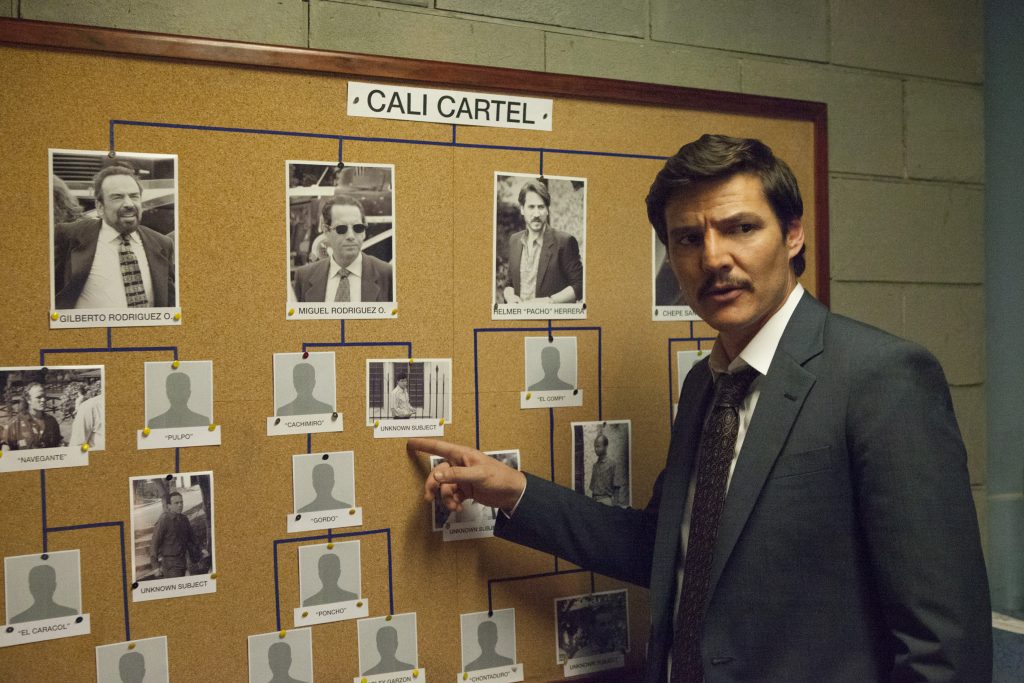 The Handmaid’s Tale – Shout Out to Reed Morano, Bruce Miller, Margaret Atwood and Hulu for the chilling, dystopian horror depicted in the series… too close for comfort in 2017, but right on time. Major shouts to Elisabeth Moss, Samira Wiley and Yvonne Strahovski. 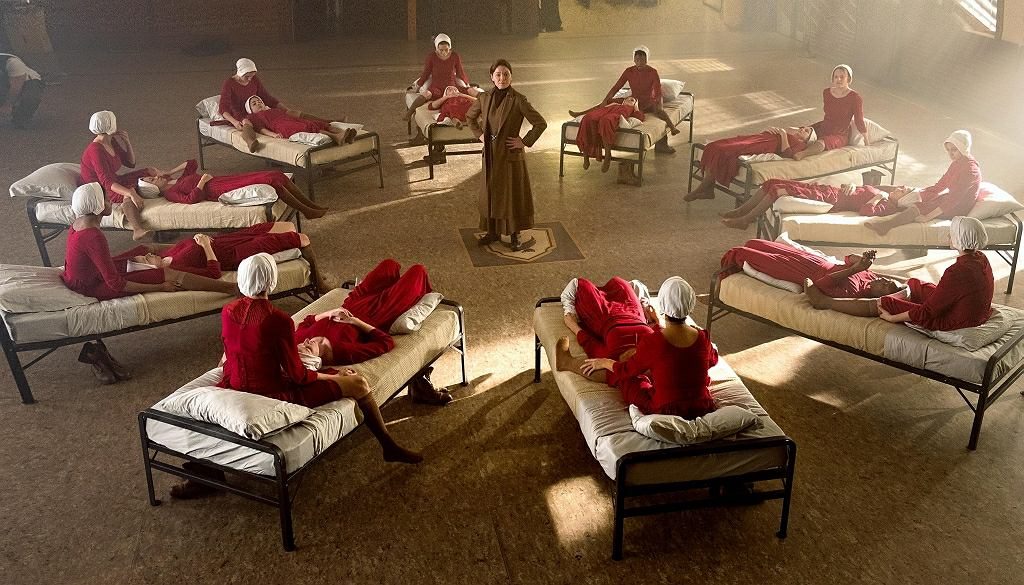 Dear White People (TV series) – Shout Out to creator Justin Simien and Netflix. I was a fan of the film, and now a fan of the series, with great casts in both. Special shouts to Logan Browning, DeRon Horton and Antoinette Robertson. 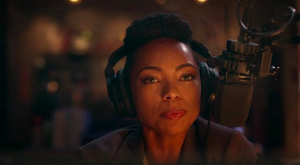 The Beatles: Eight Days a Week – The Touring Years – Shout Out to documentary producer/director, Ron Howard and PBS for diving into the phenomenon, the legacy and the nostalgia trip. 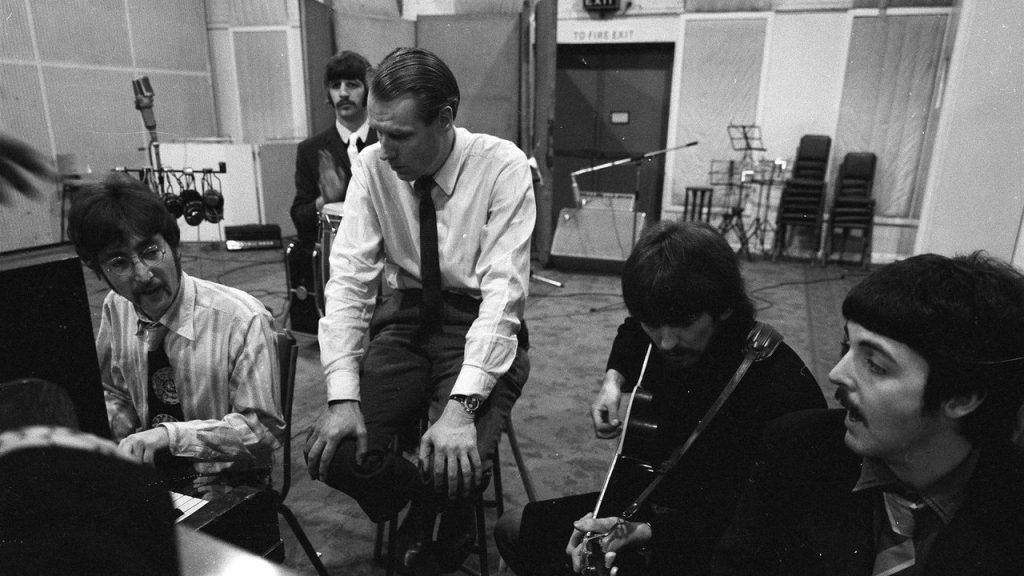 Obey Giant documentary – Shout Out to director, James Moll, executive producer, Jennifer Kristen Howell, Shephard Fairey and HULU. Fascinating look at how Shephard built his brand and a great reminder that art and artists can be positive disrupters… 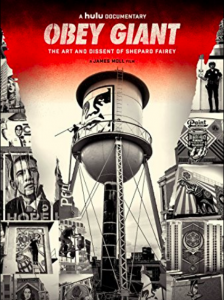 Women and Hollywood 10th Anniversary – One Off event and major shout out to Melissa Silverstein for persevering with this important blog, shining a light on women’s achievements in entertainment… and fighting the good fight. So glad to have been there to celebrate women in entertainment. 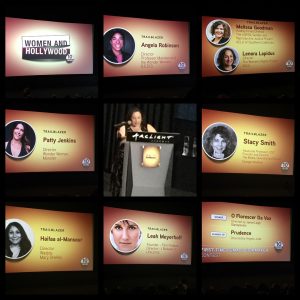 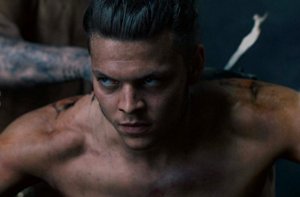 Detectorists – Shout Out to BBC4 and to Mackenzie Crook for not only creating this series, but writing and directing. Can’t help but love the understated, organic tone and the humanity. Cast shouts to Toby Jones, Rachael Stirling, Diana Rigg and Aimee-Ffion Edwards. 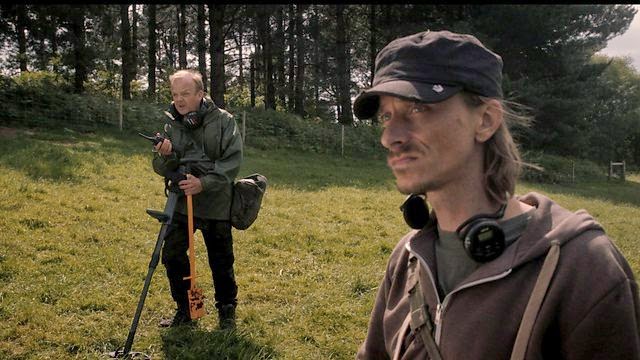 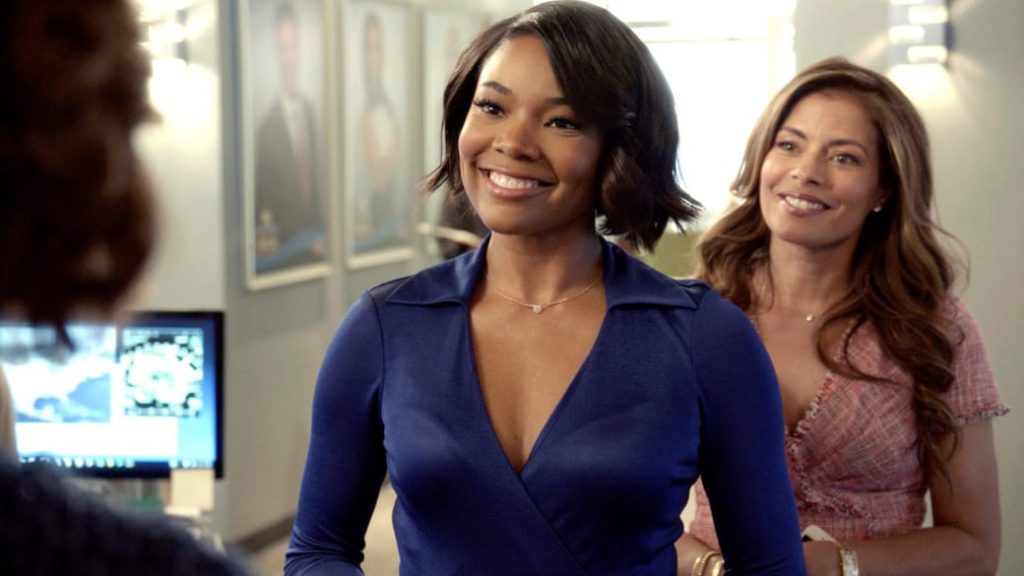 Detroit – Shout Out to director Kathryn Bigelow for bringing this important story to light, in all its visceral brutality. Shouts to John Boyega, Anthony Mackie, Algee Smith, Will Poulter and the whole ensemble for performances charged with heartbreaking authenticity. 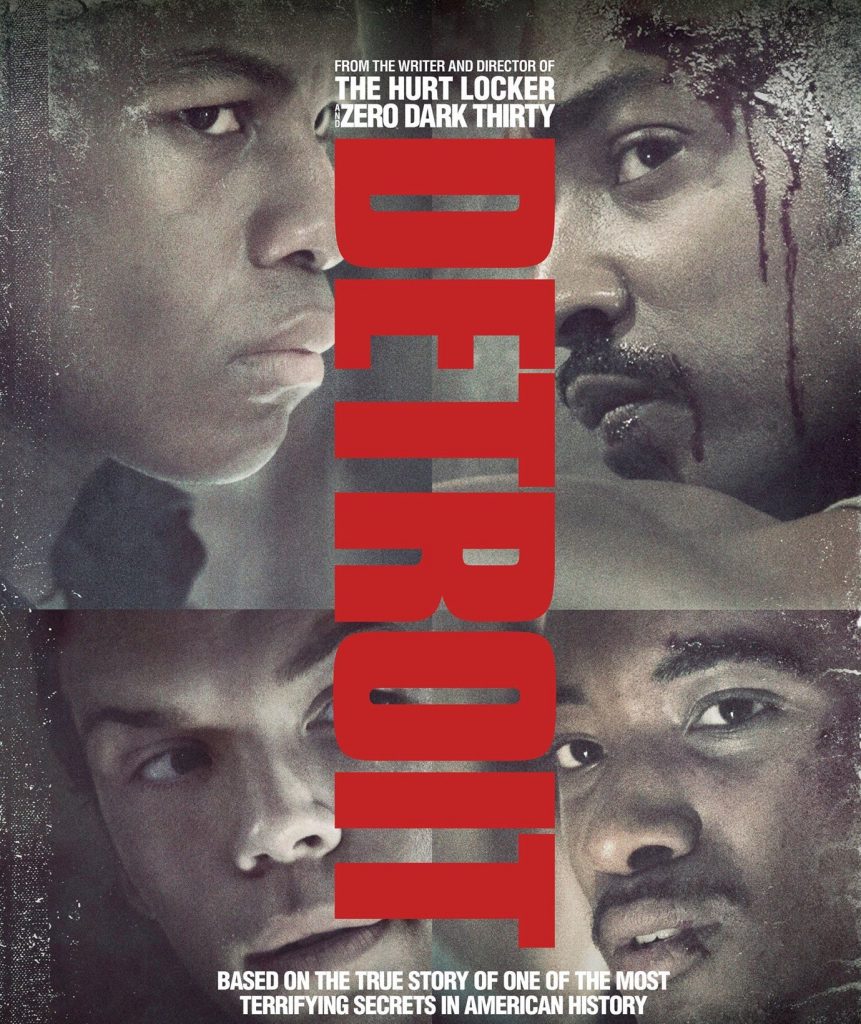 Mindhunter – Shout Out to creator Joe Penhall and Netflix for bringing to light the fascinating, investigative journey and discoveries of a small team, who coined the phrase “serial killer”. Shouts to Jonathan Groff, Holt McCallany, Anna Torv, Hannah Gross and Cameron Britton. 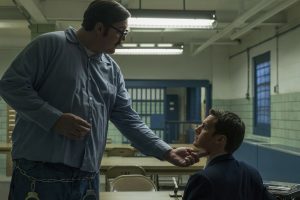 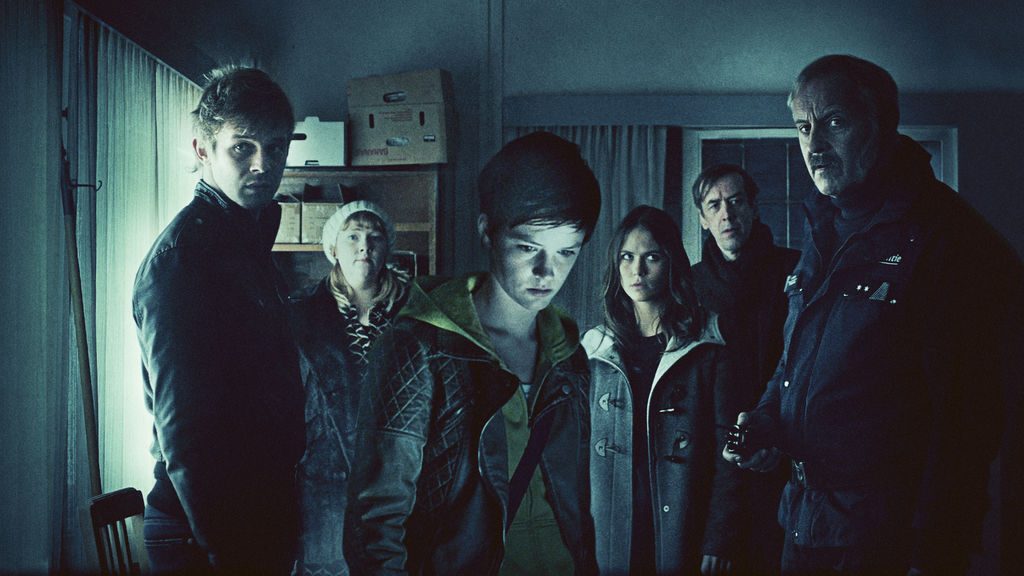 Game of Thrones – Ongoing Addiction and Shout Outs to HBO, the writers, crew and cast for an OTT Season 7. Special shouts to Alfie Allen, Emilia Clarke and Kit Harington. The expression on Theon’s face says it all… 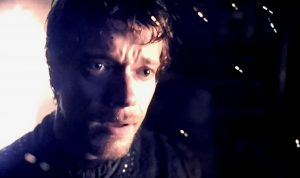 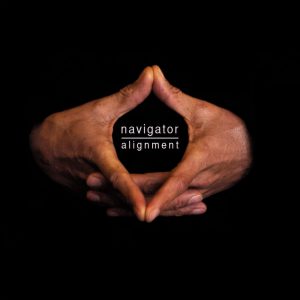 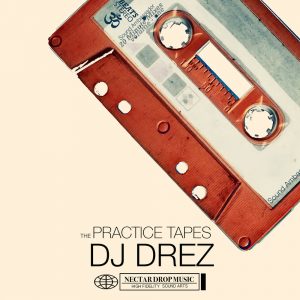 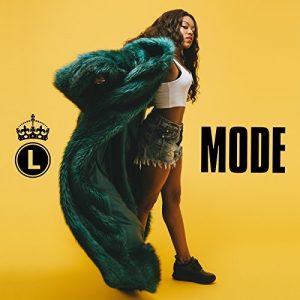 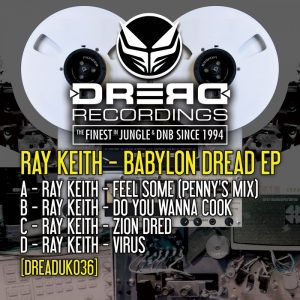 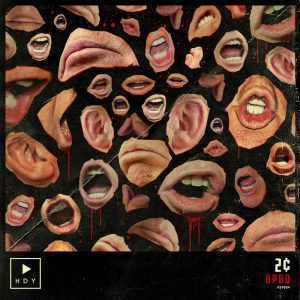