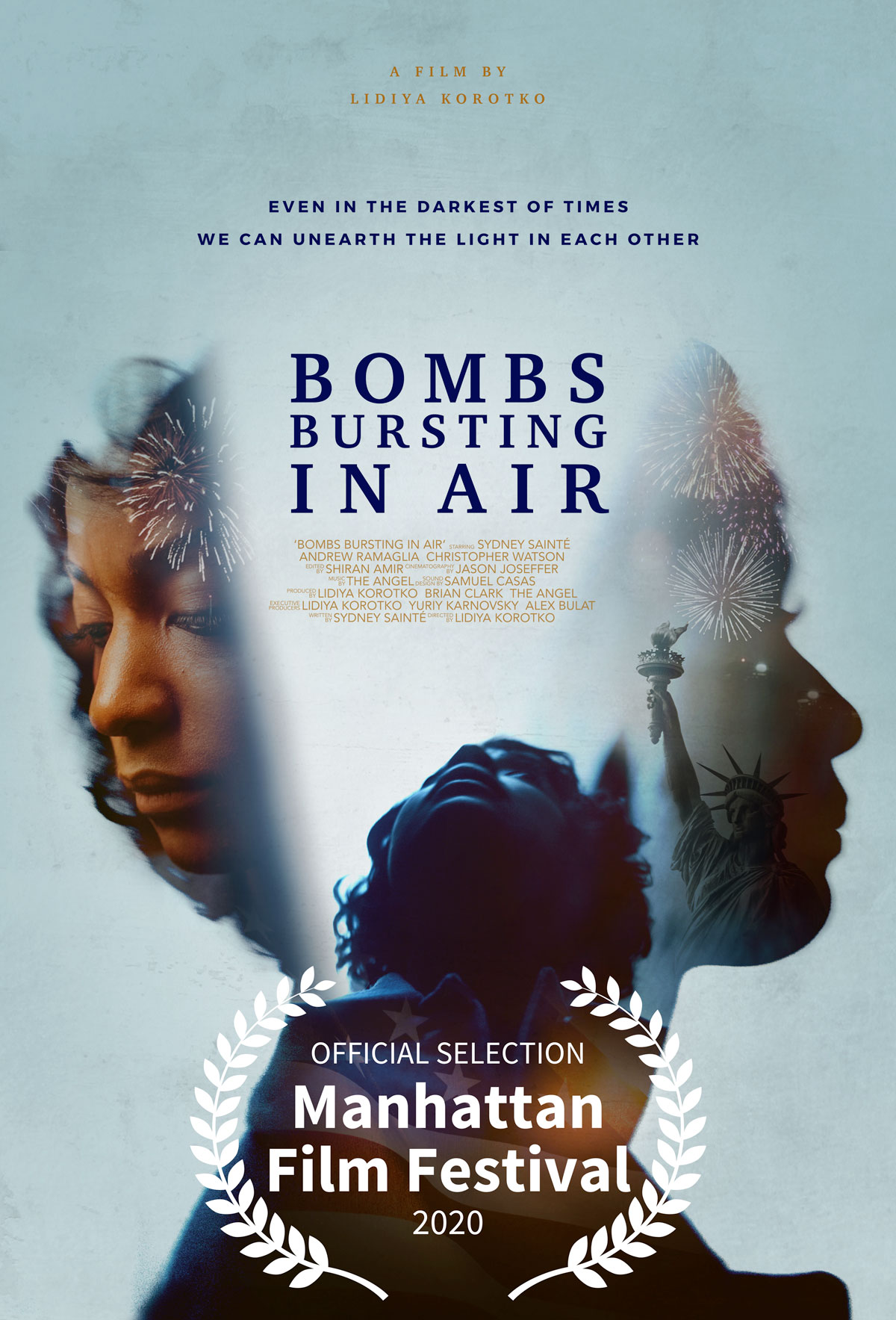 Posted at 17:01h in DGP, Film by Devilishly Good 0 Comments

The Angel joined director, Lidiya Korotko and the female led team, of “Bombs Bursting In Air”, as both a producer and composer. The story is centered on Della (Sydney Sainté’), who makes the bold decision to leave her alcoholic, abusive husband, Harry (Christopher Mychael Watson), by setting out on a brave and solitary journey from their Coney Island apartment on July 4th, 1949. It is an empowering story of a woman of color, who understands her own worth and is fearless in her pursuit of a better life. When Della happens upon an empty bar, the owner, Mishka (Andrew Ramaglia), a Russian Jewish WWII veteran, gives her shelter for the night. And in those late night hours, these two underdogs form an unexpected bond.