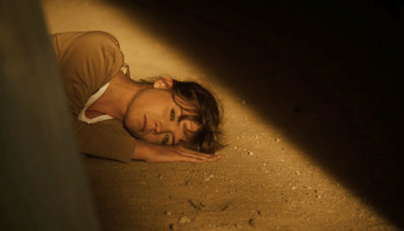 Posted at 08:49h in Film TV & Records - Behind The Scenes by The Angel 0 Comments

I’ve been scoring the independent feature “Gaia” over the past several months which has buried me knee deep in lush strings and organic atmospherics. This film is extremely moving, disturbing, enlightening and ultimately uplifting…. a big emotional journey. Scoring a film is like stepping into another world and living in some kind of parallel universe. You find yourself talking about characters as if they were people you actually know and interact with. You spend lots of time creating and solving puzzles, connecting the dots, creating emotional threads that link even the most disparate moments … and basically lose yourself in a pool of analysis.

Every project has it’s challenges and this one is no exception… This film has a very unique back story that I’ll talk about some more once it is released, but my own experiences working on it have also been quite unique and have required me to go to creative places that I have never been to before. The director, Jason Lehel, has taken not only the audience, but his entire cast and crew on a very deep journey.

Every director has their own take on how they would like to use music in their film and it is my job to first and foremost listen to every descriptive word used, every subtle shift, emotion, low and high that the director hopes to reach. I then listen to each piece of music temped, referenced and revered and start to filter it all through my own lens and find a way to create the individual voice of the film.

Taking a minute to reach back out of the cocoon, take a deep breath, let the so called real world know that I’m still here in the trenches already immersed in scoring the next film project, “Bedrooms”, while wearing the record company hat and prepping new releases. Next up is “Ultra Light” by The Angel feat. Jhelisa… more on this release very soon.