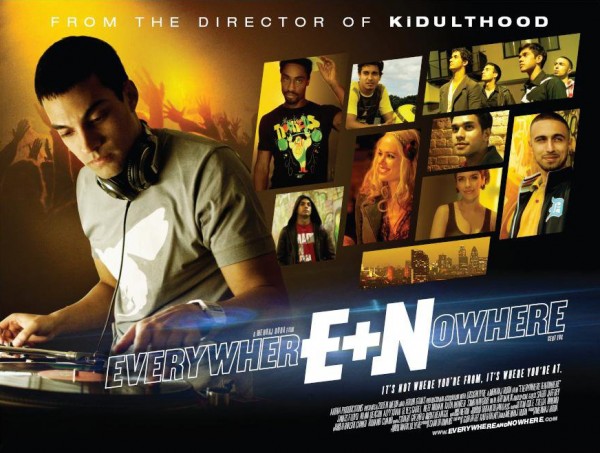 Posted at 16:50h in Featured, Film TV & Records - Behind The Scenes by The Angel 0 Comments

I love supporting up and coming talent and seeing fresh faces in the projects that I score.  Working with director Menhaj Huda on our third collaboration has once again given me the opportunity to do just this and I’m happy to see Huds (as he’s known to most of us) sharing a story that is close to home by having written and directed “Everywhere And Nowhere”.

Set in London, it is a coming of age drama about friends torn apart by choices relating to their cultural identity. Ash (played by James Floyd) has to navigate between the traditions of his Pakistani heritage and his personal freedom to pursue his passion for music as a DJ. This is a slice of UK Asian culture that few Americans have seen or experienced, yet the themes are universal and the backdrop of the dance music scene reminds us that despite religious and cultural differences, young people all over the world are unified in this other realm. And in light of what is going on in the world as I post this entry, I have to say this is a realm we should all strive to gravitate toward… one of unity.

Huds and I have an easy dialogue when it comes to music, which partly comes from us having already worked together on both KiDULTHOOD and West 10 LDN and partly because we both have an intrinsic understanding of each other’s musical references. 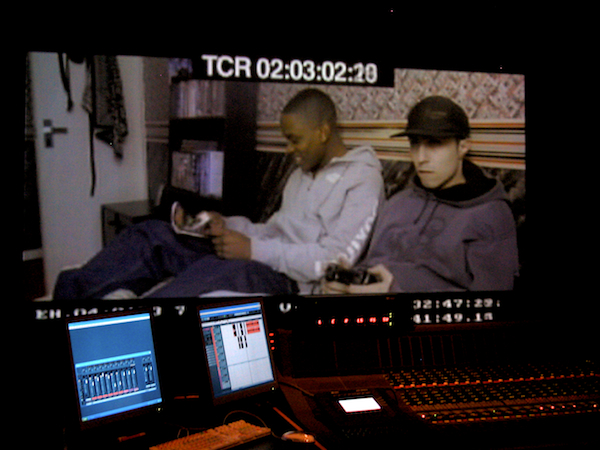 Huds is a genuine music enthusiast and likes to push boundaries, so although the heart of E+N is a family driven character study, he still hoped I’d keep thinking outside the box.  Before he got into post production he told me, “If you can find a way to keep it less traditional, that would be great, but if it turns out not to work, we can always fall back on traditional.” We talked about incorporating instruments like sitars, bansuri and tabla for example and then having me blend them with more contemporary synthetic textures. In the end, that’s exactly what I was able to do. I had plenty of emotional moments to enhance and by creating new sounds and not relying on the usual piano and strings I could give the film its own unique musical personality. 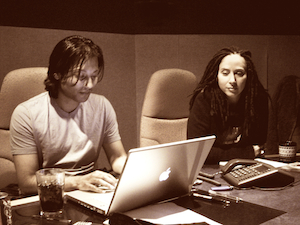 I’m always curious to see which sounds and/or melodies resonate the most with the directors or producers that I work with. Sometimes it’s big sweeping melodies, other times it’s the smallest detail that gets picked out as being the essence of a character’s feeling or the sound that encapsulates the environment of the film as a whole. Ash’s friend, Zaf (played by Adam Deacon) must put his ailing father to bed in a moving scene that gives us an intimate look at his family’s challenges. This is where I established a cue that Huds felt represented not only the sadness of the moment, but also captured Ash’s overall mindset. It is the simplicity of the melody played with just the right sound that worked for him. 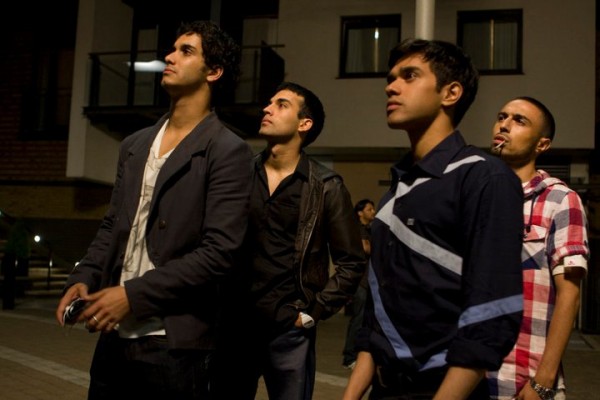 Hud’s concept for the songs or what we call the source music for “Everywhere And Nowhere” was to pair UK remixers with Bollywood classics to illustrate Ash’s ingenuity and talents as a music creator/DJ. Additionally the film’s title track by Fearless featuring Sonna Rele is an added bonus with a chorus that will stay with you long after you’ve watched the film. Thanks to Nerm, Sukh Knight, Engine-Earz, D-Code and a host of other talented remixers there’s something fresh and enticing in the sonic culture clash.