Posted at 10:25h in Current Releases, Film TV & Records - Behind The Scenes, Record Releases by The Angel 0 Comments

Back in 2005 I worked on a little UK indie film project.  The director (Menhaj “Huds” Huda) and writer (Noel Clarke) were both up and coming, as were most of the young cast.  There were a couple of established producers (Alexandra Stone and Damian Jones), who had faith in the film and they turned me on to the project… When I watched the rough cut, I could see the undeniable potential for it to connect with the UK youth audience, IF it could get enough exposure… Huds, the director, told me that he envisaged someone sitting in a room alone, programming the score, the way that the songs in the film would have been created… and the rest is history. 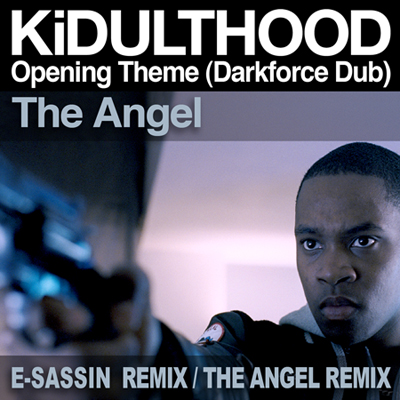 So, to celebrate KiDULTHOOD’s recent re-broadcasting on BBC3 and its 5 year anniversary, here come two dark and heavy reworkings of the KiDULTHOOD (Opening Theme). The Darkforce Dub Remixes are coming to a set of speakers near you, on August 2nd, 2011 – DNB remix by E-Sassin (174 BPM) and my own Dubstep On Sedatives remix (126 BPM).

New Supa Crucial Releases will be rolling out very shortly… Watch this space.