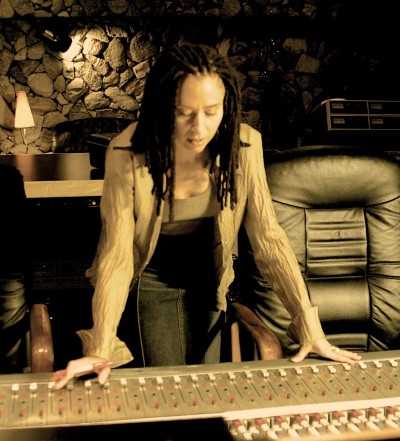 Posted at 19:34h in Asides by The Angel 2 Comments

Can’t tell you how many times I’ve been asked, “Who picks the songs for a TV show or film?”. The assumption is that as a composer, I would be choosing or suggesting songs, but that’s not the case… So this is the recurring question that inspired this post.

The music department on any production may be comprised of all of the following, and I’ll break down the function of each one:

The Composer writes, records and produces the original music for the project. As a composer, I work closely with directors and producers in film, and with the producers in TV, in order to create the sonic tone of the project. It’s an incredible experience to be able bring someone else’s vision to light, and it’s my passion to to do this by creating nuanced score for each project I work on.

Some composers work like I do, in a hybrid way, by programming, playing and bringing in musicians… writing, recording, producing and mixing as they go along. Some composers work with orchestrators or do their own orchestrations, ultimately recording the score with a full orchestra. For me, scoring to picture is essential… It inspires textures, melodies and themes and helps me nail down the tone of the project in a way that would never happen, if I worked independently of the visuals. But, not all composers write music to picture. Some composers record a body of work that a music editor can cut (edit) into the film or TV show, in order to create the cues that make up the score. Everyone’s process is different and no matter how it is achieved, it is the composer’s job to satisfy the collective vision of those in charge of the production.

Back to the question of “Who gets the music in there?”… Every once in a while, a director or producer might ask my opinion about a song or ask me to suggest a song and I’m happy to weigh in… but it’s not my gig. It’s the music supervisor’s (see below). 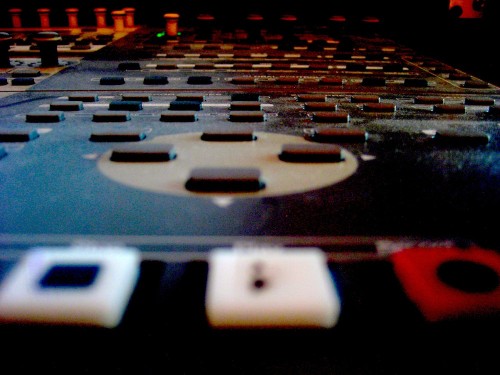 The Music Editor, edits the source music (existing songs) and is also responsible for compiling the composer’s original audio files into a master session to deliver to the dubstage. Generally, the music editor is hired to lay in a temp score (made up of pre-existing music), before a composer is even hired, although the picture editor is often the first person to lay in temp music against the cut… And in TV, the picture editor usually does the temping because it’s more practical due to time constraints. But, back to music editors… The music editor is also the composer’s right hand person, attending what is known as a spotting session along with the composer, notating direction for each cue, and then setting up the road map of cues that the project will need. When I’m scoring a project, the person I have the most day-to-day contact with is the music editor.

The Music Supervisor is the person that you need to pitch your songs to. It is their job to consult with each production to find the direction for the source music and then compile options of songs for the production to consider. Once they have a list of songs in consideration, they obtain quotes from record labels and publishers to see if they can bring in the chosen songs, within a pre-deteremined budget. They are also responsible for turning in cue sheets at the end of the project to the production. Why are cue sheets important? Because they tell the performing right societies, which writers and which publishers have music in the project, so that performance royalties can be paid to them.

People often assume that if they are friends with a member of a band, and that friend has told them, “Yeah, you can have my song for your movie for free”, that it’s a done deal. But it’s more complicated than that. There are two licenses that have to be issued; one for the master recording and the other for the publishing, called a sync license. Many bands are signed to record labels, which means they generally don’t own their own master recordings, therefore they don’t have the right to negotiate the master license fee. Many writers are not self-published, which means that they don’t have the right to negotiate the sync license fee on their own behalf.

Back in the day, I was published by Famous Music, and even though my team could negotiate for my masters, Famous would negotiate on my behalf for the publishing… Sometimes, they would quote so high that it would prevent us from being able to make a deal. And this is the case for many published writers, especially with major publishers, who set arbitrary floors for their quotes. And it can be the case with record labels (both major and indie) as well. These days, through Supa Crucial Recordings and Supa Crucial Music, my team can quote both sides (master & sync) because I own most of my catalogue; including both records and some score.

The Music Clearance Team handles all the licenses, which must be signed by master and sync owners as well as the production. And it is a ton of work coordinating, managing and negotiating the rights in order to complete the paperwork within the timeframe allotted by the production.

In-house Music Departments at film and TV studios, as well as independent production companies, also shepherd projects through their own staff, liaising with producers and directors. Sometimes they will handle all clearances in-house and are an important resource for productions as far as creative input and recommendations of personnel.

All in all, there is a lot of confusion out there in the real world about what each of us does, so hopefully, this will have answered some questions… And now, back to the cave.

Film/TV Composer & Record Producer - From BKLYN to LDN to LA - Single Out Now: The Angel "Words Like Daggers" feat Jhelisa

Rest In Power Stephen Sondheim. I’m so grateful to my mom for introducing me to your beautiful, clever, iconic lyrics & compositions. What a brilliant body of work you’ve gifted us. At 91, still so full of vim and vigor, I’d hoped that like your music, you’d be with us forever 💔