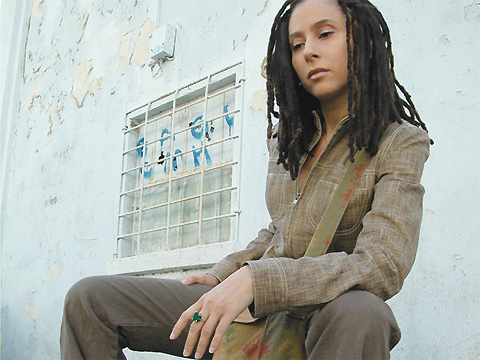 This is an all time top ten from The Angel and the personal history behind each choice, compiled for the now mothballed “My Secret Playlist”

Collie captured the classic vibe of Beres Hammond & Zap Pow’s -”Last War” using it as the backing track, and giving it a whole new life… love it! So when I was scoring a UK based TV show called, “WEST10 LDN” I played this to Menhaj Huda, the director, and he just laughed at how perfect it would be for the scene where our main characters are looking to unload a kilo of hash… and in it went.

Flow Dan with the deepest of deep deliveries – whoah… and this track has a wicked beat. Diggin’ deep into their catalogue I love it when they fire hundreds of words per minute at you and the tracks are hype as hell… With the adiition of “Fat Mac”, they’ve got all bases covered.

A quintessentially cheeky Brit name for a cheeky dubstep choon. Though this track has been around for a while, I have a special affection for it’s bubbly, bouncy, melodic niceness. Anyone into dubstep knows what both of these producers have done since and for those dipping their toe in the water, this is not a bad place to start.

4. Buddha Monk / Got’s Like Come On Thru (Prisoners of Technology Remix)

The call of the Wu… who put Monk on bv’s on C.R.E.A.M. another all time fav! Back when I was spinning mostly dnb, “Got’s” was the tune I was itching to drop given any opportunity… From half time to double time sections, it cleverly blends hip hop with drum ‘n bass (not easy because of the huge gap in bpm) – It ‘s aggressive, progressive and hooky with vocals by Buddha Monk, Drunken Dragon & Ol’ Dirty Bastard… “Yes, I get dirty with my skills”… so did P.O.T.

An absolute “electronic music” classic – This is the hypnotic track that transitioned my love for electronic music into another obsession – hip hop… When Afrika Bambaataa & The Soulsonic Force incorporated this into “Planet Rock” that was a defining moment in the evolution of cutting edge street / urban music and the experimentation continues on… with the UK leading the way now.

Some tunes retain the effect they had on you when you first heard them… Smith & Mighty predate the genre of dubstep and are an integral part of Bristol’s rich dubby history. Tammy Payne’s vocals are irresistible and distinctive, with intricate, soulful melodies. I collaborated with Rob Smith and Peter D on a project called Jaz Klash back in the nineties and rate Rob (aka RSD) as one of my top five personal favorite producers.

I grew up listening to this tune and had no idea all the while that it was written by Randy Newman until I decided to cover this version and feature Mystic on vocals. Nina Simone also recorded a version of the song, but it is The Tamlins version that I absolutely love… The vocal harmonies, horn arrangements and Sly & Robbie riddim section all do it for me.

This is where my love for this band began, before the hype and the awards, though I’m so glad they finally got the exposure that they deserved. This might be cheating here, but there are many reasons why I’m still so enamored and here’s the shortlist “I’ve Got Your Number”, “My Very Best”, “Great Expectations”, “Mirrorball”… and they are every bit as good, if not better, live. I’m such a fan…