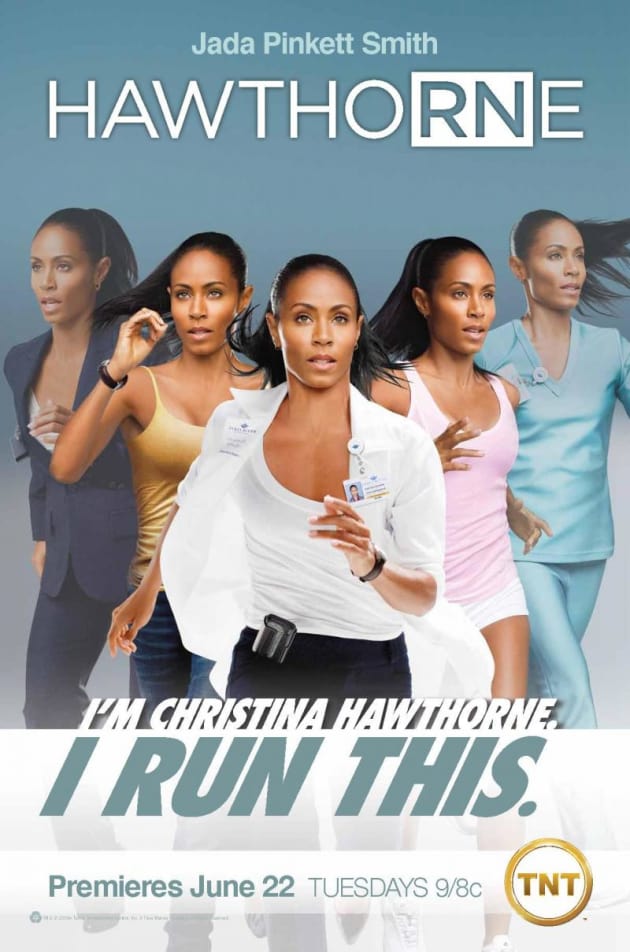 Posted at 09:20h in Film TV & Records - Behind The Scenes by The Angel 2 Comments 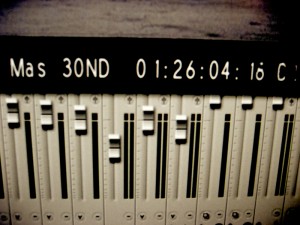 A glimpse of what I look at on a daily basis

Erica Shelton, one of the writers on “HawthoRNe” interviewed me for Women And Hollywood, about how I created the new musical direction for the show this season and here is a step by step description of my process… in answer to Melissa Silverstein’s question:

“What Technically Does A Composer Really Do?”

1] I would start by reading the script for each episode.

2] The showrunner, Glen Mazzara invited me to attend tone meetings so I could get an in-depth description of his intention with each episode and hear how they (directors, writers, picture editors, producers) planned on shooting each scene down to the finest details. This also gave me a chance to do the first two critical things that I needed to do… listen and analyze.

3] At the beginning I watched dailies, so I could get an early look at the new visual tone of the show, while the picture editors were still assembling rough cuts. It also helped me to be able to see our new hospital environment and to see how the new cast members would be interacting with our already established cast.

4] Next my music editor , Derek Somaru, and I would receive a locked copy of an episode.  This refers to the final cut of the episode that has been approved by the producers, studio and network, so that no further editing would be done.  From the locked picture, production would make a special split audio quicktime movie for me to work to, so that I could separate the temp music from the dialogue and effects. I would work within Pro Tools synchronizing to the picture, using the visible timecode as a reference, and output time stamped audio files, so that when Derek would eventually bring all of my cues to the dub stage for final mixing, everything would be completely in sync with the picture.

5] Next Derek and I would both watch the locked version of the episode and do what we call a pre-spot, where all temp music, both source music (songs) and temp score (temporary placeholders) would be entered into spotting notes. 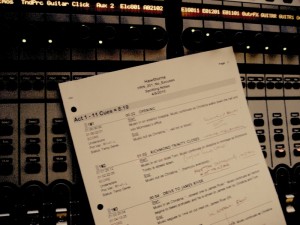 6] Next I would attend a spotting session at one of the editing bays at the HawthoRNE production office.  Myself, Derek, Glen, Guin McPherson (co-producer), the picture editor (either Elizabeth Kling, Debra Weinfeld or Robert Bramwell), and music supervisor (Omarr Rambert) would go through the episode in it’s entirety discussing what each piece of music needed to achieve.  We would also discuss any notes that TNT, Overbrook and Sony might have had about tone, humor and dramatic effect.

7] After the spotting session, Derek, would update the spotting notes and that would become my road map.  We would then host the spotting notes in a program called Cue Chronicle, that myself, my production coordinator and music editor could all access online in real time, simultaneously, while all working in separate locations. This meant that the cue delivery list could be updated with my detailed notes so that we could all see the progress of the entire episode in one place… an absolute must, when for example I was working on as many as 32 cues for episode 203.

8] Using the updated spotting notes I would then watch the episode again in my studio taking into consideration how the episodes could be tied together thematically… and finally I could plan for bringing in any musicians and start working to picture. Often there was only a one week gap in between mixes, so there was very little time for experimentation, I’d have to hit the ground running; programming, writing, recording and mixing as I went along. I would be painting, sculpting and embellishing ideas, working on several cues on several different systems in my studio at the same time. 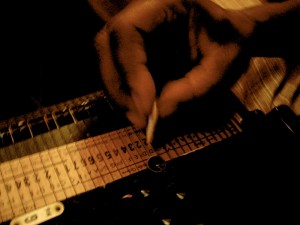 9] I would then digitally deliver all audio files to Derek via ftp, who would download them and then output quicktime movies of the various scenes to run by Glen, Sony, TNT and Overbrook and await notes.  If I needed to address notes I would do so and then output a final stereo mix of each cue plus stems.  Stems are individual audio files separating out all of the instrumentation in a cue, so that if we needed to re-balance the mix on the dubstage, it would be easily done.

10] Finally we would reach the dubstage and each episode would be mixed in two days.  On the second day, I would attend the mix on Sony’s dubstage 12, joining Glen to run through his pass, before Sony and TNT attended an official “playback”.  Glen, Guin and myself would be listening to the mix for different things.  Glen and Guin would pay close attention to the dialogue and effects as well as the music.  Sometimes, we would refine the “in” or “out” of a cue or the levels of the music, or decide to run a scene dry in the end. 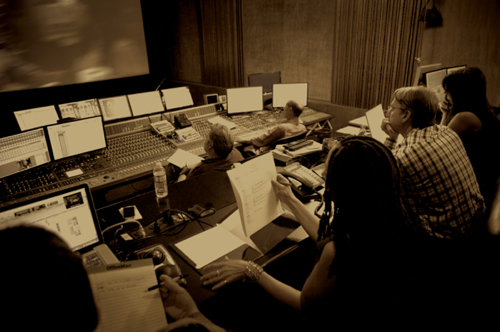 11] We were mixing one episode per week for most of the season, so as soon as we mixed one, I was already working on the next two simultaneously. In a typical episode I would deliver between 20-30 cues of all varying lengths approx 15-25 minutes of music.

12] At the end of the season – Sleep for 72 hours, give brain a rest, then do it all again on the next project…

My process when working on a film project, is similar to the process of scoring a TV show, however, on films I interface one on one with my director, in television it is all about interfacing with the showrunner and producers.

The new video for this reimagined version of @supacrucial and @Slimkid3’s 1999 single is hypnotic, woozy, and distorted, perfectly complementing the flow and arrangements of the song