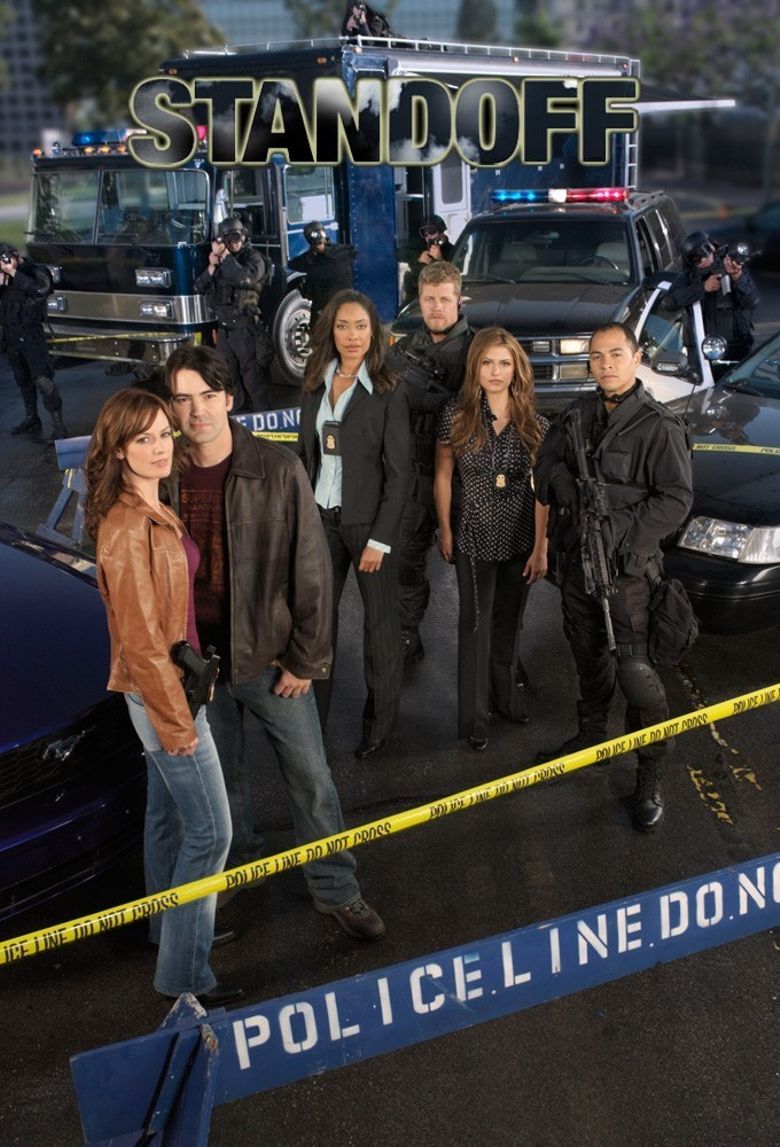 The 2006/2007 TV season, had me on lockdown scoring a Fox primetime drama called, “Standoff”. My foray into outputting on average 30-35 minutes of original score on a weekly basis started here, and I would spend most of my waking hours mapping out, analyzing, feverishly writing and recording the score for each episode starring Ron Livingston and Rosemarie DeWitt. When you spend that much time watching someone’s performances, you start to feel like you know them… they become a very real part of your insular composer’s life for that time… and when in real life, they are so likable, you can’t help but root for them.

Just after scoring the pilot, but before getting into the flurry of episodes to come, Fox asked me if I would DJ their two day presentations for the TCA’s. This gave me a really intimate, first hand look into how new shows are pitched to national media by the networks, something I had had no previous knowledge of. This was also my first opportunity to meet some of the cast including, Ron, Rosemarie, Michael Cudlitz and Gina Torres.

The creator of the show, Craig Silverstein, cast Ron Livingston and Rosemarie DeWitt as our leads because of the great chemistry between them… Well, clearly that chemistry was very real and I couldn’t be happier for Ron and Rosemarie as they have just tied the knot.

After one of our spotting sessions, the AP, Brian Wankum and I visited the set, where Rosemarie enthusiastically told me that she and her friends thought the music on the show was really coo. It’s rare to get feedback from a cast member since we’re usually so unconnected on projects; composer’s being holed up in the studio round the clock and far away from production and the cast… but that was good to hear so early on.

Thankfully, Craig had specifically hired me to do something different with the music, so the show would have it’s own voice. This allowed me the freedom to incorporate lots of contemporary flavors into the mix of traditional and non traditional score, including some drum ‘n bass, hip hop and soul every now and again, where appropriate… making it musically progressive for a US network show.

In terms of my creativity, I have a few favorite episodes, which are still available to watch on Hulu; “One Shot Stop”, “Borderline” and “Heroine”.