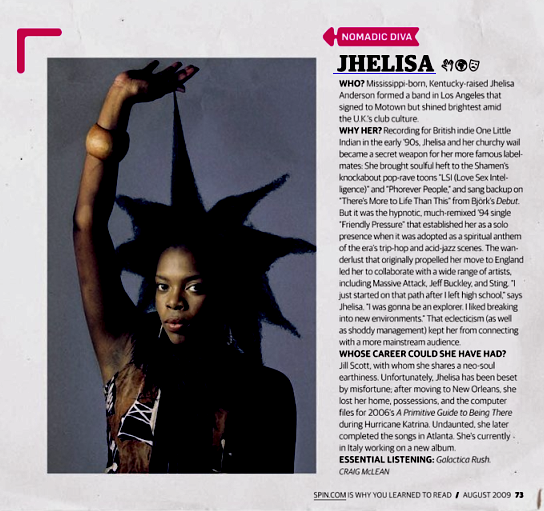 Posted at 13:22h in Record Releases by The Angel 2 Comments

Nothing beats working with someone whose talent is so remarkable, so pervasive that you can feel it from light years away… Jhelisa is such an incredible spirit, not only a phenomenal vocalist, arranger, writer, producer… She’s a fireball of energy, a catalyst of intensity and a creative being like no one I’ve ever had the pleasure of working with.

We go way back… In fact, Jhelisa and I were both living in London when I produced and recorded my very first album for Delicious Vinyl; the ill fated, never released, “A Message From The Angel…”, but that’s another story. I was singing back in those days, but never happily… The voice that I heard in my head, as I wrote and produced those songs, was way more soulful than I could ever manage and knowing my own limitations, I was keen to bring in guests to fulfill the potential that I felt I couldn’t reach on my own. When Jhelisa agreed to sing on a bunch of the songs I was in seventh heaven…

So that was then, and you’ll probably never get to hear any of that material for a million different reasons, however, earlier this year Jhelisa and I teamed up in LA and the first of two very different tracks are about to be released; “Ultra Light” by The Angel feat Jhelisa on September 22nd. For a little extra background on Jhelisa, here’s a mention in this August’s Spin:

More info on “Ultra Light” in the coming weeks!!